Building on her goal of promoting local business and adding value to our state economy, Governor Raimondo stated, “This initiative is very simple. We want to make it easier for our biggest employers and institutions to buy from Rhode Island based small companies.”

Jhonny Leyva, owner of Heroica Construction, and a graduate of the Goldman Sachs 10k small business development program shared his success story and his resounding support for the Supply RI Program. “We went from doing projects of $5,000 to projects of over half-a-million dollars last year. This year we’ve signed contracts that are close to a million dollars, and we’re looking to expand that thanks to Commerce RI and this new initiative.” “Heroica invested into new technology and staff so we can bid more accurately, faster and become more competitive,” Jhonny explained. “I’m a contractor who is looking for growth and expansion in the state of Rhode Island. I want to thank the Commerce Secretary and the Governor for giving us the opportunities to bid and do work.”

Leaders of Rhode Island industry are positioning themselves to endorse the program. “We are proud to be part of this community. Today, we spend about $34 million on local suppliers and vendors,” said Kim Keck, President and CEO of Blue Cross & Blue Shield of Rhode Island. She also noted that “we support 300-400 vendors and contractors that work solely for Blue Cross Rhode Island.”

“We aim to boost local suppliers and create local jobs,” said Commerce Secretary Stefan Pryor about the #SupplyRI initiative. Supply RI will make it easier for the state’s biggest employers and institutions to buy from and hire local companies and contractors. CEOs and Rhode Island business leaders can learn more about the program at the official Supply Rhode Island website. 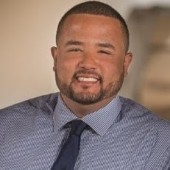